After making this cake, I can throw out all my other cake recipes. It's the best, both in taste and texture. I recently made it for a shower (without the coconut) and several people told me it was the best cake they had ever eaten. I added a couple of extra egg yolks to give it a little more body. I've also made it with almonds instead of pecans and now I plan to make a chocolate version. Anyone who isn't successful with this cake obviously doesn't know the first thing about baking. Barbara, thanks a million! 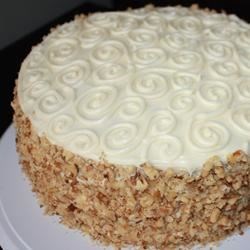