I had a crazy craving for Egg Foo Yung, just like I used to eat as a kid at my favorite Chinese food spot. I made a few changes to this recipe based on what I had on hand...no bean sprouts, but instead I added some diced zucchini and carrots, a little shallot, and some chinese sausage. I cooked it all just a little bit in some peanut oil, drained it on a paper towel, and then added it to the egg mixture as directed. The sauce was PERFECT just as it was. This satisfied my craving...but with this recipe in my stash, I'm sure it will be back sooner than later! Thank you! 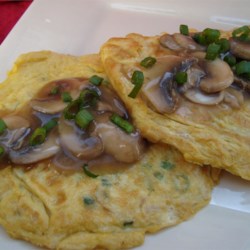