Not as good as the known brand. I halved the recipe for the first time around. Since the recipe did not half easily, I followed another reviewers advice and used 1/2 cup white sugar, 2 tbsp brown sugar, and one cup of vodka. Instead of straining the coffee, I put it in a tea strainer in the pot. There was too much of a sweet coffee flavor and with only 1 cup of vodka it was still too strong. I'll either try another recipe or stick with store bought. Thanks anyway. 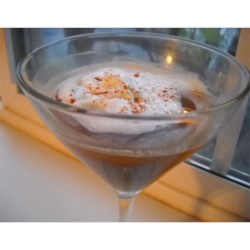