Ok, so I made this exactly as directed to begin with, cooking to exactly 236 degrees on my candy thermometer. I ended up with a pan of goo . . . tasty goo . . . I could have just eaten it with a spoon, it was that good . . . but I really wanted to be able to slice it like fudge, so I put it back into the pan and heated it again to a firm ball stage. It set up just like fudge, and cut well, but it's a bit grainy. I wish I would have just left it at the gooey stage and put it in a jar and used it as an ice cream topping or to add to coffee. Would make again that way, but not as fudge. 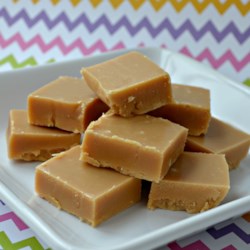