This is one of my favorite gumbos I make. The combination of ingredients may sound strange, but they go together so well and it is so delicious. Serve over warm white rice.

You can make your own roux, (browned oil and flour), but the pre-made roux is so easy and convenient, cooked perfectly every time, and tastes just the same as if you spent 45 minutes making your own.

Allow the gumbo to simmer for a while before adjusting the seasoning. A really good smoked sausage will release plenty of seasoning on its own.

An 8 to 9 pound Boston butt (pork shoulder roast) will yield about 6 pounds of cubed pork. 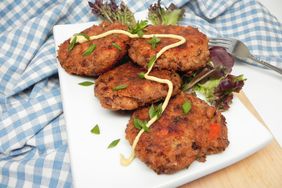 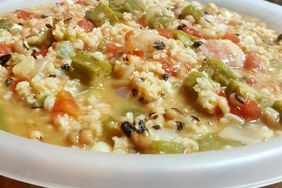 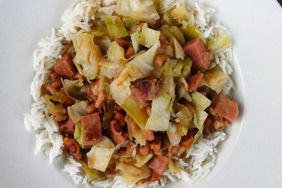 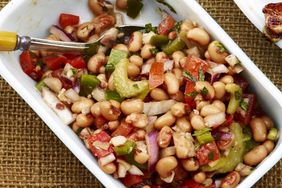 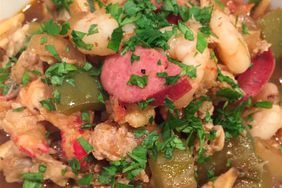 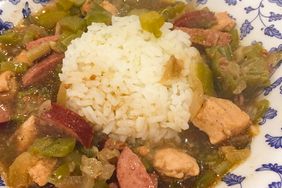 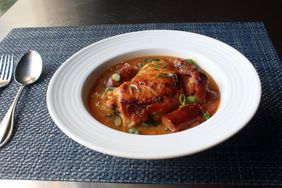 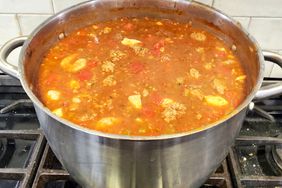 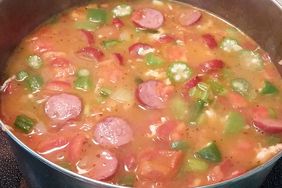 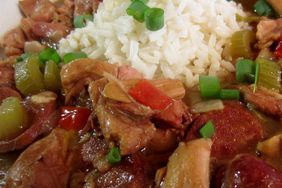 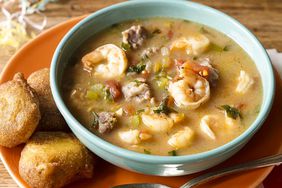 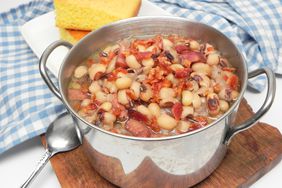 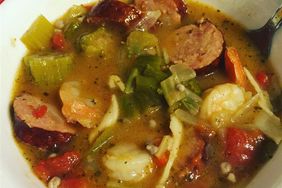 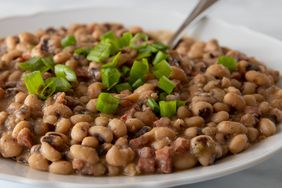