This ad will not print with your recipe
Print Options
Font Size
Include:
Save Pin
Chocolate Angel Food Cake II
Rating: 4.57 stars
This is a yummy change to standard Angel Food cake. It has a light and delicate flavor and hits the spot of that chocolate craving. Note: for best flavor and texture, serve the cake on the day it's made and be sure to avoid any traces of yolk in the egg whites, which would prevent them from whipping to their fullest.
prep:
30 mins
cook:
1 hr
total:
1 hr 30 mins
Servings:
10
Yield:
1 - 9 inch tube pan 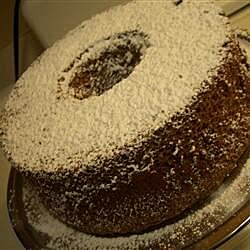 Chocolate Angel Food Cake II
this link is to an external site that may or may not meet accessibility guidelines.