My friend's mom used to make 'garden' soup every Sunday. She would go through her fridge and any unused veggies would be thrown into the soup pot. This is my version; hearty, thick, and chock full of veggies. It is important to add the diced beets at the end to keep the color appealing. My daughter goes crazy for this soup; it is very tasty and filling, best served warm.

This soup can be made in a multi-functional pressure cooker (such as Instant Pot(R)). Mine is 8 quarts. Put barley, onion soup, spices, bay leaves, water and oxtail in the pot. Select Soup/Stew function; set timer for 40 minutes on Soup/Stew function. Allow 10 to 15 minutes for pressure to build. Release pressure naturally according to manufacturer's instructions. Remove oxtail and shred meat. Add remaining veggies and shredded meat to the pot. Select Soup/Stew function and set timer for 5 minutes. Release pressure naturally and discard bay leaves. The difference with the pressure cooker is the meat doesn't separate as easily, the barley is much softer, and the color of the soup is not as vibrant. Both methods are flavorful and the veggies are cooked. 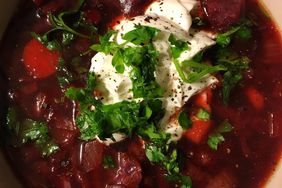 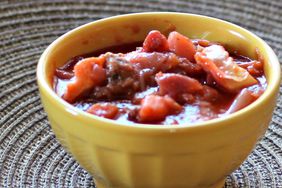 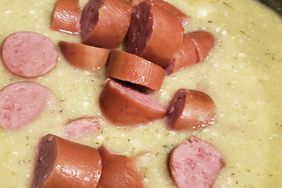 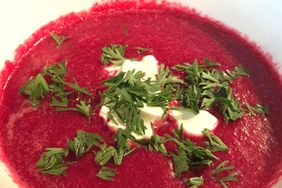 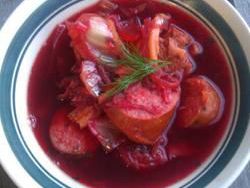 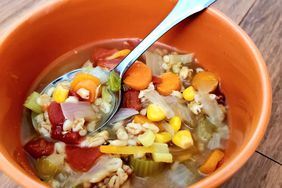 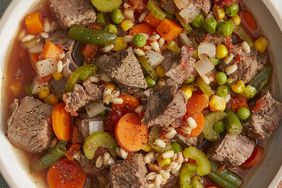 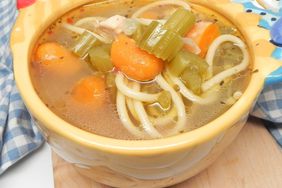 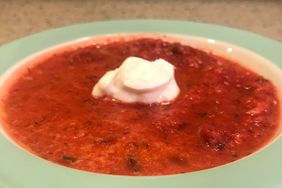 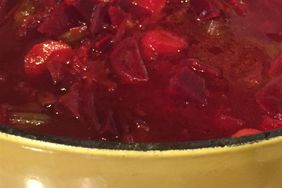 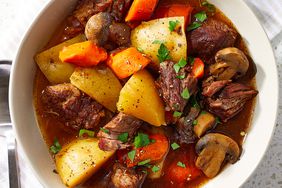 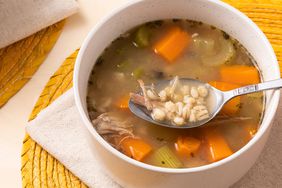 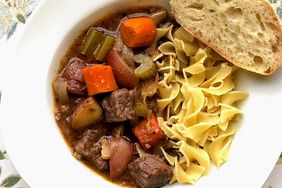 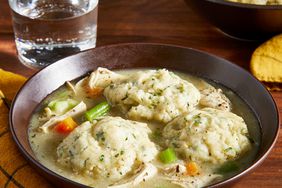 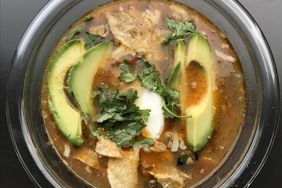 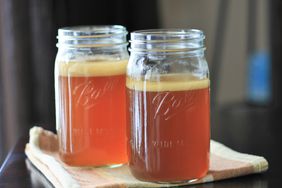