I was looking for a great low fat banana bread. This is it, but I did tweak the recipe a bit. I added nutmeg instead of cinnamon and also vanilla as others had suggested. I also added 1/2 tsp salt, which I believe is the "missing" ingredient some reviewers were talking about. With these changes the bread was FAB!!! 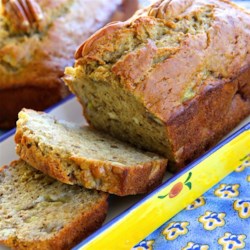