These cookies are great. I made them last night and woke up this morning with huge engorged breasts. Thank you! I followed the recipe exact. The flax should be geletin like after soaking in the water. The taste was good, I got my brewers yeast at a vitamin store. After trying my first batch I added1T cinnamon to the dough and each batch I added something a lil different . I used: chopped apples, fresh blueberrys, walnuts and crasins. I froze half the plain dough so I could make more later. I had my cookies at about 9pm with a cup of mother tea and went to bed with flat boobies by 7am when I woke up they were round and over full. My 6 month willow was delighted and made such happy sounds while nursing. So happy the first thing I tried worked for me! Also milled flax seed is what I used , I think its the same as flax seed meal just labled differently. And the brewers yeast doesn't say debittered but since I bought it at a vitamin shop, and its made for adding to food, I suspect it is debittered reading some of the other reviews. If your having milk troubles TRY this! 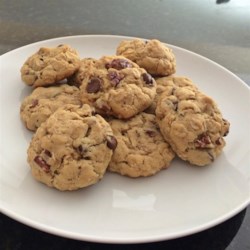