I was skeptical to try this but it got such great reviews decided to go with it. My biggest concern was how long it would hold up. I made cupcakes for my granddaughters birthday.Seven hours later they still looked great.She only likes whipped cream frosting and she really liked it.I normally don't like whipped cream frosting and I liked it along with everyone else.I did freeze the bowl and whisk first.I whipped it a longer than the recipe called for. I ended up with stiff peaks. after folding in the Cool Whip it got lumpy.turned the mixer back on whipped it about fifteen seconds more. Perfect.I will be using this recipe a lot. I also will be trying other flavors of pudding.Thanks Sweettreats 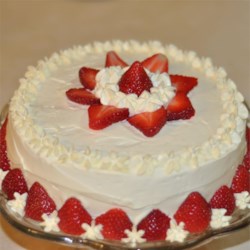