Fantastic! Even the two little kids love it! Instead of water, I added some bone broth that we have going in our slow cooker 24/7 during the winter months. As a result, ours was not as salty as I think it would have been had I used bullion, but this was easily rectified by adding a couple pinches of salt after cooking. I also used freshly grated ginger so there's a little extra spicy kick. 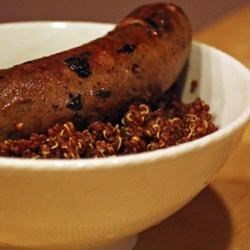