This is a fabulous recipe. Tip: It took between 10-15 minutes on medium heat (about 10 of those were "rolling boil" minutes) before it reached the ball-forming stage (aka time to add the marshmallow and peanut butter). It set fast too; It looked like fudge by the time it was in the pan. :) I sprinkled chocolate chips over half the fudge as it cooled; They melt a bit but that makes it easier to cut the squares later. 'The only PB Fudge recipe I'll make from now on. 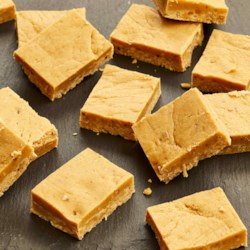