Delicious Spanish flan — it's easy to make and everyone will love it!

Make a 5-star dessert at home with this top-rated flan recipe.

"Flan" can refer to a couple different things depending on where you live. In this case, it's a baked custard dessert topped with caramel. The Spanish dessert is similar to the French crème caramel.

Learn more: What Is Flan and Where Is It From?

How to Make Flan

You'll find a detailed ingredient list and step-by-step instructions in the recipe below, but let's go over the basics:

These are the five ingredients you'll need to make this top-rated flan recipe:

· Sugar: A cup of white sugar is melted on the stove until it's liquified and golden.
· Eggs: You'll need three whole eggs.
· Sweetened condensed milk: Because all the most delicious recipes call for a can of sweetened condensed milk.
· Evaporated milk: A can of evaporated milk gives the flan a richer flavor than regular milk.
· Vanilla: A tablespoon of vanilla extract enhances the overall flavor of the Spanish flan.

How to Make Flan At Home

Here's a very brief overview of what you can expect when you make homemade flan:

1. Melt the sugar on the stove, then pour it into a round baking dish.
2. Beat the eggs in a large bowl, then stir in the remaining ingredients.
3. Pour the egg mixture into the baking dish. Cover with foil
4. Bake for an hour in the preheated oven.

How Long Does Flan Last?

Store your leftover flan in an airtight container in the refrigerator for up to three days. You can freeze homemade flan for up to two months.

"Best recipe," according to artsychicany. "Simple and the traditional way of making flan. Tip: Keep your baking dish warm/hot in the oven while you make the flan, so that when you pour your caramel (melted sugar) into it, the caramel doesn't harden as quickly."

"I made this flan lactose-free by using coconut evaporated milk and coconut sweetened condensed milk and it tasted heavenly," says LUCKERAMA.

"It was delicious," raves Debbie Wassel. "So creamy! I let it sit in the fridge overnight before turning on the serving plate. Will definitely make this again." 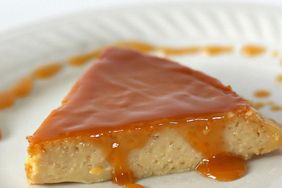 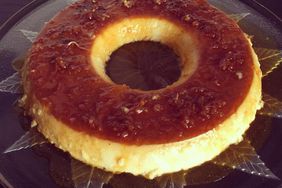 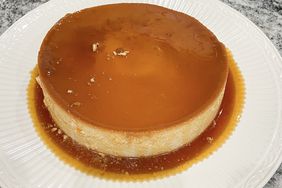 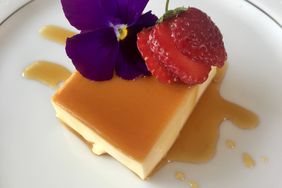 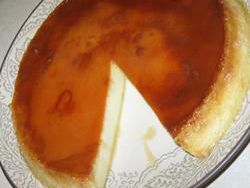 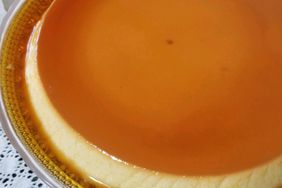 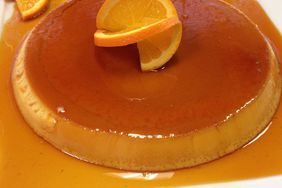 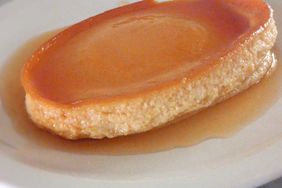 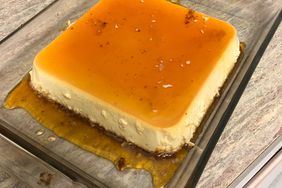 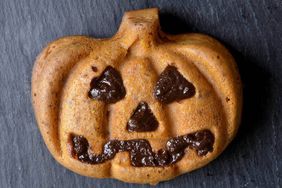 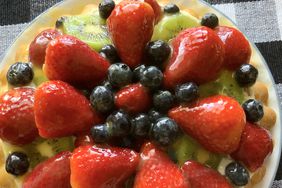 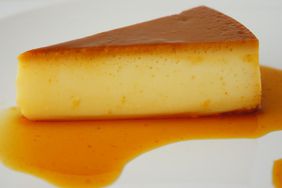 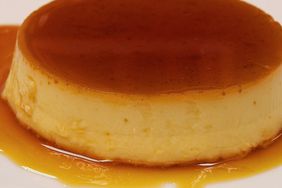 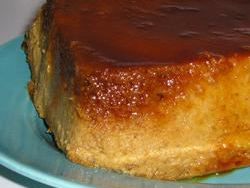 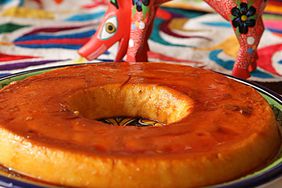