Disappointing. I thought two packages of cream cheese would be too much and I should have followed my instincts instead of the reviews (and made the other Lemon Icebox Pie recipe on this site that calls for only ONE package of cream cheese, darn it) Too cream cheesey tangy, not sweet enough because of it (I'm sure the sweetness level would be fine if only one package of cream cheese was used) and not lemony enough, even tho' I nearly doubled the amount of zest called for. I also made my own crust, using "Graham Cracker Crust," also from this site. It's a pretty pie, but it's not as mouthwatering good as it looks. 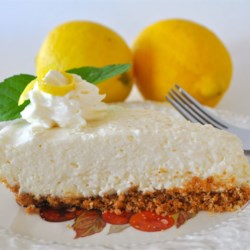