Very Good! I recently made a turkey - something that I almost never cook - and decided to make giblet gravy to go with it. I am a package gravy gal and have never made gravy from scratch - I do cook quite a bit but gravy has always been something I left to someone else. This recipe was easy and very delicious. I did not chop up the giblets after they were cooked to put them back into the gravy however. I just made the broth from them. I did use more of the turkey drippings and less chicken broth - this turkey was very juicy and the drippings made the gravy richer than the chicken broth would have. This recipe is a keeper and I will definately make this gravy with every turkey. Thanks. 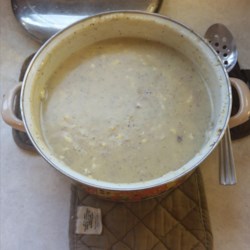