This delicious clam chowder is cream-based and calls for the traditional chowder ingredients: onion, celery, potatoes, diced carrots, cream, and clams. A little red wine vinegar is added before serving for extra flavor.

Did you know you can make restaurant-worthy clam chowder at home? Well, you can! This top-rated clam chowder recipe creates rich, smooth, creamy, and wonderfully flavorful results every time.

How to Make Clam Chowder

You'll find a detailed ingredient list and step-by-step instructions in the recipe below, but let's go over the basics:

These are the easy-to-find ingredients you'll need to make the best clam chowder of your life:

How to Make Clam Chowder At Home

Here's a brief overview of what you can expect when you make this clam chowder recipe:

1. Cook the vegetables in clam juice until tender.
2. Make the roux, then whisk in the half-and-half.
3. Stir in the vegetable mixture.
4. Add the clams.
5. When they're heated through, stir in the vinegar and seasonings.

How to Thicken Clam Chowder

This clam chowder recipe should produce perfectly rich soup. If you'd like your chowder a little thicker, though, you can thicken it with a cornstarch slurry. Simply stir cornstarch into a small amount of cold water (or another liquid, such as wine or stock), then stir the mixture into the simmering chowder.

Learn more: How to Thicken Soups

What to Serve With Clam Chowder

Clam chowder pairs perfectly with oyster crackers. If you want to go the extra mile, season you own oyster crackers with spices you already have on hand. You might also try serving clam chowder with homemade dinner rolls. Of course, a simple side salad is never a bad idea.

How to Store Clam Chowder

Transfer the cooled clam chowder to a shallow, airtight container. Store in the refrigerator for three to four days. Reheat in the microwave or on the stove.

Can You Freeze Clam Chowder?

"Very smooth and creamy," according to nelsonbasslake. "I chopped the veggies small and they cooked nicely.It was a success!!! Served with cornbread muffins!"

"Really good clam chowder," raves Husband053. "I made a couple of changes. I cooked some bacon and used part of the fat to sauté the veggies and used some to make the roux as well. Then I crumbled the bacon and added it when I added the clams."

"This was incredible," says bradysmom. "Super rich and heavy, as it should be! I used bacon drippings in lieu of some butter and threw in some diced bacon bits - otherwise made it exactly as stated."

Photos of My Best Clam Chowder 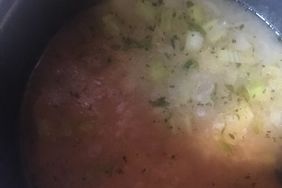 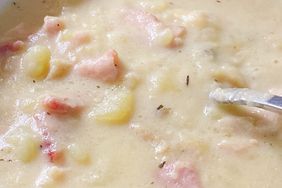 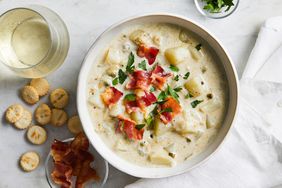 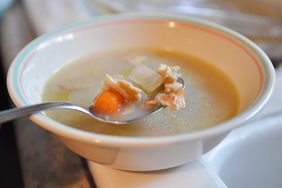 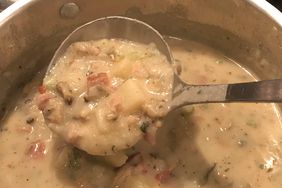 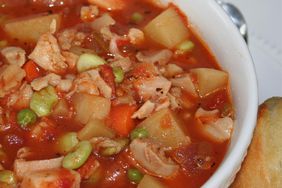 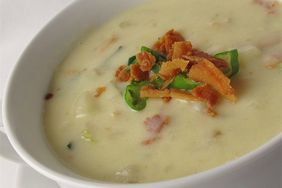 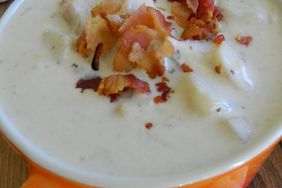 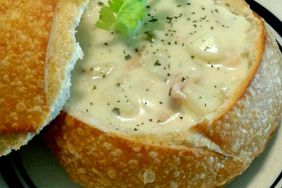 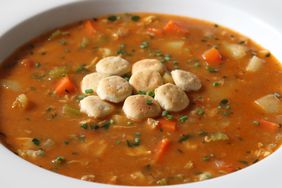 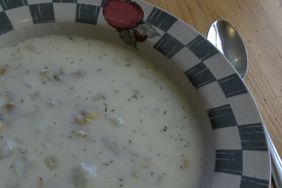 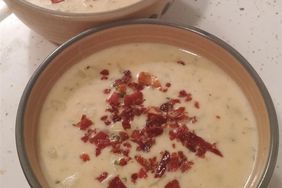 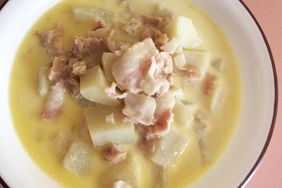 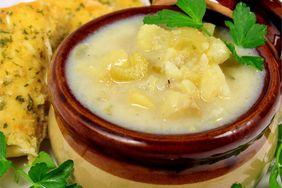 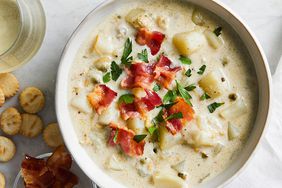 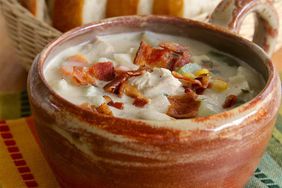