Feeling festive? We've paired 18 classic Christmas movies with clever recipes to help you plan the ultimate night in. Our list includes a few foods right out of the flicks, like macaroni from "Home Alone" and Who Hash from "How the Grinch Stole Christmas." But it also includes recipes our home cooks created in honor of their holiday favorites, from "Elf" to "Rudolph the Red-Nosed Reindeer." You'll also find a few film-inspired few beverages to cap the night.

It's a Wonderful Life

Like Clarence the angel in this 1946 classic, mulled wine can come as a godsend during a hard holiday season. Clarence orders mulled wine "heavy on the cinnamon and light on the cloves." Of course, you can tweak the spices in this mulled wine to your liking.

How the Grinch Stole Christmas

Leave it to the Grinch to rob the people of Whoville of every last can of Who Hash right before a holiday. Watch your favorite adaptation of the Dr. Seuss classic with our Christmas Who Hash from Allrecipes Allstar Ms. Chef Esh, who makes it Christmas morning.

Did Kevin McAllister ever eat his bowl of microwaved mac and cheese after burglars disrupted his dinner? We can hope. And we can speculate that grownup Kevin would make a mean homemade mac and cheese, like our Macaroni and Cheese for One. Not home alone? Allstar and recipe creator thedailygourmet adds, "it will serve two if you're feeling generous!"

Whether you're planning a movie night with the kids or channeling your inner child, curling up with a cup of hot chocolate never gets old. Our Polar Express Hot Chocolate averages five-star reviews for its rich (but kid-approved) flavor.

When Scott Calvin orders a Caesar salad to balance his holiday sweets intake, we feel seen. If you relate to wanting something green on your plate, go with this top-rated Caesar salad.

The Year Without Santa Claus

"This smoothie bowl is inspired by my favorite Christmas cartoon, 'The Year Without Santa Claus.' One of my favorite parts was Snow Miser," Allstar Buckwheat Queen says. Here I made pears, banana, apple, and skyr mixed with blue spirulina, then topped it with dragon fruit and grated fresh coconut. I wanted to make a smoothie bowl that looked like Snow Miser's blue face and speckled white hair. He's too much!"

When Dudley the angel arrives in New York City to help a struggling preacher, his priorities are (first) meeting the preacher and (second) ordering pizza. Who can blame him? Roll out your own pie with our recipe for New York Italian Pizza Dough.

We don't recommend dousing spaghetti with maple syrup, Buddy the Elf style. But we do recommend this recipe from Allstar Diana71: "Inspired by the movie 'Elf,' this carbonara will help your kids feel the North Pole spirit! You're basically taking a maple syrup-glazed bacon and using it to make a carbonara sauce. Super easy, super quick, and your kids will love it!"

Christmas with the Kranks

Skipping Christmas for a Caribbean cruise is easier said than done. But if you're dreaming of sun and sand, The Krank's Caribbean Mule will hit the spot. Recipe creator and Allstar Buckwheat Queen nods to Luther and Nora Krank with this refreshing mule, which gets a holiday makeover with fresh cranberries and rosemary.

"When I think of fudge, I think of Ralphie in 'A Christmas Story,' who slips and says a swear word when helping his father change a tire," Allstar and recipe submitter Lela says. Marshmallow cream, evaporated milk, and margarine give this fudge a buttery consistency.

If you need a break from hot cocoa, take a cue from "White Christmas" and whip up a vanilla malted milkshake, the drink Judy orders on the train to Vermont. She sips hers out of a red straw, but you can garnish your glass with a cherry or a candy cane for a touch of festive color.

"Yukon Cornelius is my favorite, and an all-time classic, character from 'Rudolph the Red-Nosed Reindeer," Allstar Kim says. "Did you know that when he would throw his pick axe into the ice and taste the end of it, that he was actually looking for peppermint to mine? As such, I created this cupcake cake in his image with dark chocolate cupcakes filled with a peppermint-white chocolate ganache, and topped with peppermint buttercream. This is a fun and showstopping dessert — perfect for a "Rudolph" watch party!"

In this 1945 movie, magazine columnist Elizabeth Lane writes about farm life and food — only she lives in a city apartment and can't cook. She does, however, manage to flip a flapjack in front of her boss. Follow our recipe for Good Old Fashioned Pancakes, and you'll find it's just about foolproof.

In the 1938 adaptation of A Christmas Carol, Mrs. Cratchit unveils her Christmas pudding, and it's in flames. Make no mistake, setting plum pudding ablaze with brandy is a British tradition. Just don't light yours on fire, OK?

Allstar Soup Loving Nicole named this turkey jerky for the ill-fated Griswold family, honoring to their famous turkey flop with a bit of liquid smoke. But with the help of a dehydrator, this recipe more than likely won't burn.

As much as the Prime Minister loves chocolate biscuits (English tea cookies), we think our top-rated Double Chocolate Biscotti would win him over. Dunk them in a cup of coffee, and this treat will fuel you through the holiday hustle and bustle.

Jingle All the Way

As Howard Langston hunts down the almost-sold-out toy that tops of his son's list, his wife, Liz, bakes cookies that receive a rave review from a meddling neighbor. Bake a batch of The Best Rolled Sugar Cookies, and you'll get plenty of praise, too.

What could be a better movie treat than crunchy, salty-sweet brittle? "Inspired by all the mixed nuts that make their way into the house at this time of year, and by the many versions of 'The Nutcracker' on TV and in live productions everywhere, enjoy this quick mixed nut brittle-type candy made in your microwave in minutes," Allstar Bibi says. 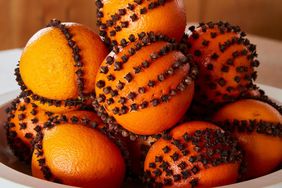 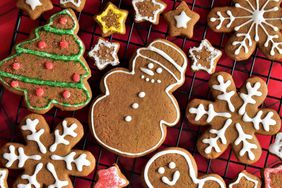 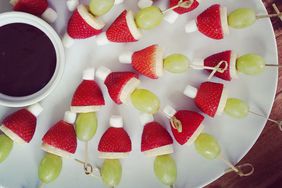 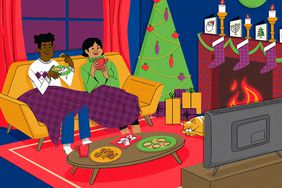 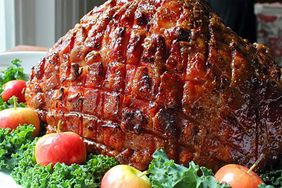 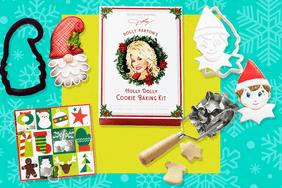 The 10 Christmas Cookie Cutters You Need This Holiday Season 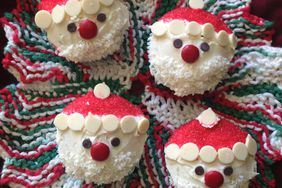 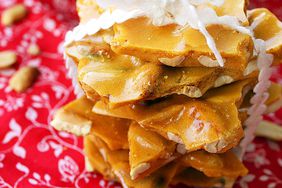 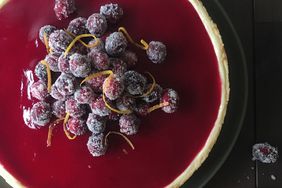 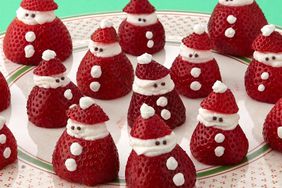 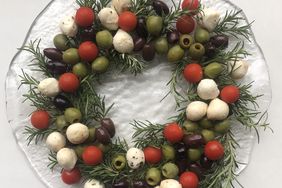 34 Christmas Eve Appetizers To Get the Party Started 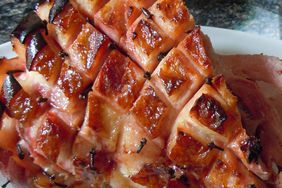 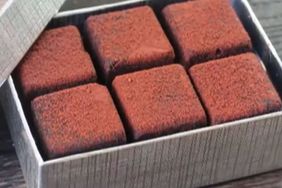 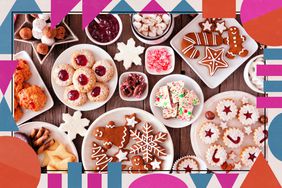 How the Allrecipes Community Shares Christmas Cookies With Family and Friends 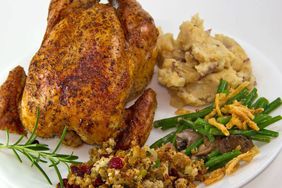 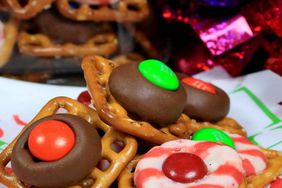