There are many reasons why a cake might acquire an uncommon name. Some cake names reflect their place of origin, and some may be named for an unusual ingredient. And then there are the cake recipes of yore that have simply been forgotten as more modern cakes came into existence. If you're looking to shake up your dessert repertoire, try these delightfully different cake recipes, especially if you've never heard of them. You might just find your new favorite cake.

Sultana cake, a simple butter and raisin cake from the 1920s. Sultanas are the British name for small seedless raisins, and the sultanas in this particular cake come out juicy and flavorful.

This cake uses an ingredient so unexpected that you may not want to try it at all, but Allrecipes community members agree that this pork-n-beans cake is delightfully moist and has a spiced flavor that's similar to pumpkin. Mash the beans before combining them with the eggs, milk, sugar, and oil to prevent seeing (or feeling) whole beans in the cake.

"Well to be honest....I made this as a joke on my family," says community member VANESSAW444. "I know but we have an evil streak when it comes to our humor! But let me tell you...it is wonderful! I didn't tell [anyone] about the kraut and the kids went to town on it!"

"This cake was born on the bayou," says recipe contributor Kitty. "It has a caramel-pecan sauce that soaks into the cake." Try poking holes in the cake before adding the topping so it can absorb the caramel more effectively. If you can manage to wait overnight, it tastes even better the next day.

Mahogany cake dates all the way back to the early 19th century and has a subtle coffee flavor that accentuates the chocolate. It has a super moist texture and is believed to be the predecessor to red velvet cake.

We've all had cakes that turned out looking sad, but this cake is actually supposed to have a disappointing appearance. It's proof that looks can only tell us so much, because this cake is moist, sweet, and chewy, somewhat like a brownie. If you like, add some baking chips.

This spice cake essentially captures the taste you get when mixing breakfast sausage with pancakes and syrup. The batter isn't exactly pretty to look at, but the end product is a beautiful cake that tastes like a date nut bread — and no, the sausage flavor doesn't cut through the cake's sweetness.

Somewhere between a rice pudding and a cake, this gluten-free dessert is delicately flavored and has a nice crisp crust. It gets lots of moisture and a slightly bouncy texture from its rice base. Community member GLOWENZ recommends letting the rice cool completely before adding it to the creamed butter and sugar.

This fun, light cake comes together easily thanks to the use of boxed cake and pudding mix and gets a kick from vodka. To intensify the orange flavor, mix some orange zest or extract into the batter.

If your garden is overrun with green tomatoes, chop them up and turn them into this incredibly moist cake, then top them with cream cheese frosting. "The green tomatoes actually are not like red tomatoes and the skins did not come off and were not chewy," says community member LIBERTYWV. "In fact I really couldn't tell you where the pulp began and the skin started."

Mincemeat pie is popular during the holidays, but the traditional English dish of finely chopped dried fruit and sometimes, yes, meat, also translates well to cake. This mincemeat cake comes out beautifully moist and delicious and expertly pairs with caramel frosting, applesauce glaze, and even citrus glaze. If there are no kids around, stir a jigger of rum into the batter.

If you're a fan of "The Great British Bake Off," you may have heard of this cake. For everyone else, this traditional British cake has a luscious almond flavor and a soft, light texture — and let's not forget the marzipan wrapped around it. You can also add jam to the pink batter to give it a nice strawberry flavor.

Also known as muraveinik, Russian ant hill cake is a traditional Russian dessert made with dulce de leche. Ant hill cake gets its name from its appearance, and this particular recipe achieves a bumpy texture through running the dough through a meat grinder attachment. Sprinkle with poppy seeds, and the ant hill effect is complete.

Community member Carole says this recipe has been in her family for five generations. It's a delicate cake that requires a lower oven temperature and longer baking time and has a spiced flavor that's similar to fruitcake. Why is it called Hermit Cake? Because it tastes like Hermit Cookies, which are so named because of their supposed long shelf life. 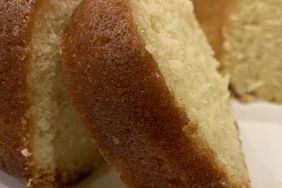 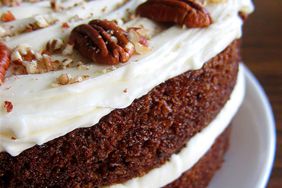 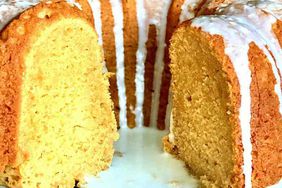 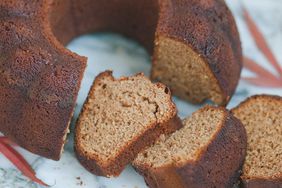 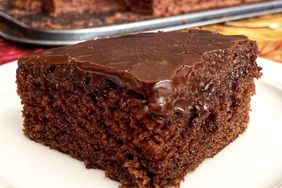 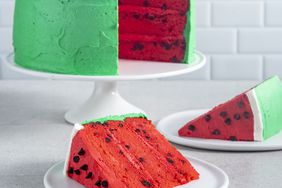 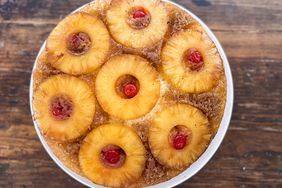 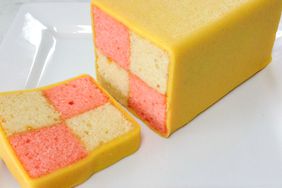 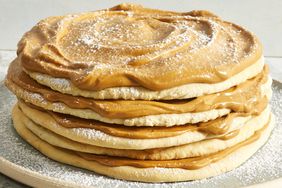 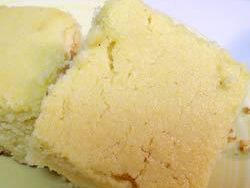 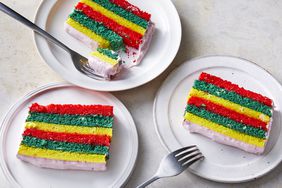 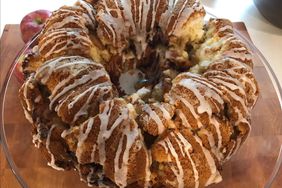 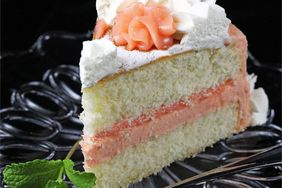 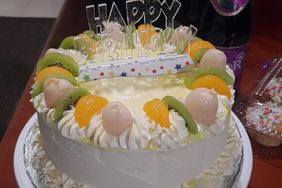 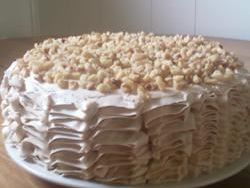 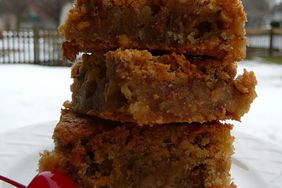