I'm not here to judge you for using boxed brownie mix instead of making your own brownies from scratch. I'm here to inspire you to lift it to a whole new level. Because let's face it: Sometimes shortcuts can take you to the best destinations. So let's get baking out of the box.

This brownie version of the famous Buckeye treat has a layer of peanut butter sandwiched between brownies and chocolate frosting.

You're only four ingredients away from digging into this deep-dish dessert. The recipe calls for frozen whipped topping, but you could easily whisk up some real whipped cream while the brownies are cooling.

Sweet, salty, chewy, crunchy...did I miss anything? You get it all in every bite. Karen Joy Allison loved them, saying, "The combination of salty and sweet is divine. Even my husband loved them and he is typically not a dessert kind of guy."

You'll never have to choose between popcorn and brownies when you need a snack for your next binge-watch.

Top tips for making this multi-layered treat: Underbake the brownie layer slightly before completely topping with marshmallows. Put it back in the oven for just a few minutes until the marshmallows start to puff up. Let the whole thing cool before topping with the final layer of chocolate/peanut butter/crispy rice cereal.

The only thing that would make these better is to top them with cream cheese frosting. And sprinkles. Always say yes to sprinkles.

An easy way to get your s'mores indoors. Brownies are baked with graham crackers, then topped with chocolate and marshmallows and baked again until the 'mallows go all puffy and golden brown.

Be sure to bake this in a springform pan and underbake the brownie crust slightly before adding the cheesecake filling. It will continue to bake when you return it to the oven, and you don't want it to get overbaked and hard.

Recipe creator Julie Hubert describes these as "a chocolate chip pancake and a brownie in one." Note that you'll have extra brownie batter that you can go ahead and bake up into regular brownies.

Brownies with a peanut butter cup pressed into the middle. So simple! Home cook naples34102 recommends that you follow the recipe directions on whichever boxed brownie mix you choose to use because they're all a little different.

These cute and easy brownie pops are fun to make and fun to eat, and use ingredients you have in your pantry.

Brownies on the bottom, strawberry cake in the middle, and vanilla buttercream frosting on top. Best triple play ever.

The recipe title pretty much tells you what you need to know. Katiegurl2011 went one step more and topped hers with chocolate ganache.

From lovestohost, the mash-up maven who gave us Chocolate Chip Cookie Dough + Cupcake = The BEST Cupcake. Ever, comes this brownie-stuffed cupcake topped with fluffy peanut butter frosting. You know you'd eat that. 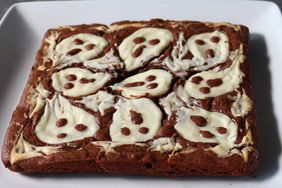 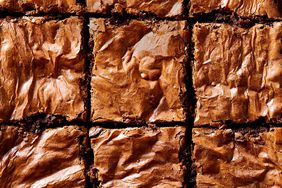 6 Ultra-Easy Brownie Recipes That Start With a Boxed Mix 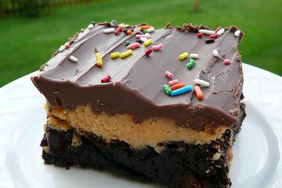 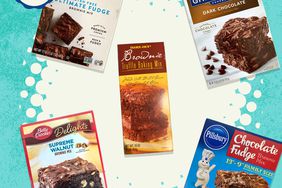 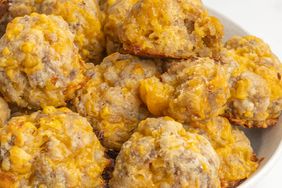 10 Potluck-Perfect Recipes That Start With a Box Mix 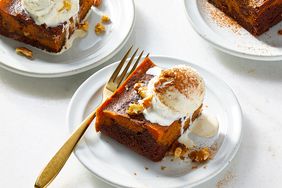 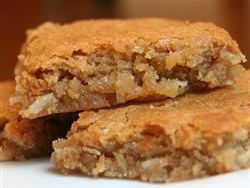 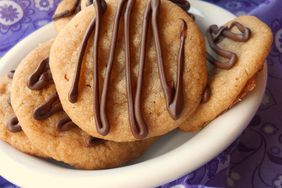 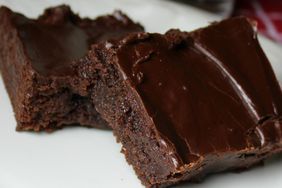 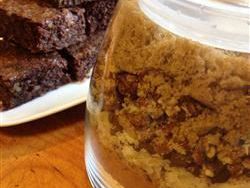 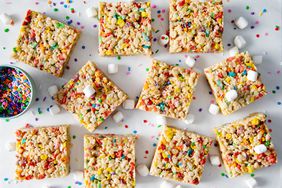 12 Super-Easy Bake Sale Treats Are Sure to Sell 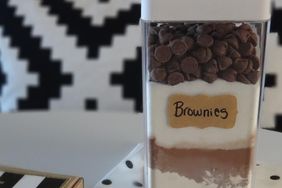 Brownie Mix in a Jar
192 Ratings 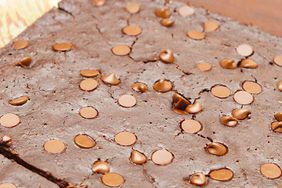 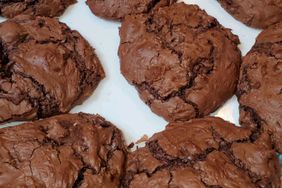 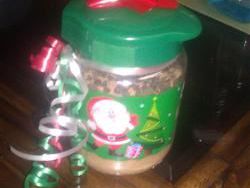