What Is Rhubarb? (And How Do You Cook it?)

Is it a fruit or a vegetable? Is it poisonous? How do you cook it? We'll answer all these questions and more.

Rhubarb is a perennial vegetable (yes, vegetable) characterized by long crimson or light green stalks topped by large ruffled green leaves. Although the Chinese have used rhubarb medicinally for thousands of years, its use as a food source is a relatively recent development, particularly after the 17th century when sugar became more widely available and it became a popular addition to pies and other desserts. Today, it's commonly paired with strawberries or other sweet fruits to balance out its tart flavor.

Did you know? "Rhubarb" is an old-timey slang term for a quarrel or dispute.

Is rhubarb a fruit or a vegetable?

Although it's technically a vegetable, rhubarb actually gained legal status as a fruit in 1947 when the U.S. Customs Court ruled that because it was used like a fruit for culinary purposes, it must be considered a fruit. This was good news for businesses who were able to pay lower taxes on fruits than on vegetables.

Rhubarb's extremely tart stalks are the only edible part of the plant; the leaves contain poisonous oxalic acid, and are always snipped off and discarded.

Raw rhubarb is very tart. To balance it out and make it more palatable, rhubarb is usually cooked with sugar or other sweetening ingredient.

Where does rhubarb grow in the United States?

Although rhubarb looks like a tropical plant, it actually prefers a cool climate. You'll find field-grown rhubarb in the northern states from Maine to Washington State. Rhubarb can also be raised in hothouses.

When is rhubarb in season?

Springtime is rhubarb season. Depending on the climate, some areas can enjoy rhubarb crops into summer, but for the most part, rhubarb doesn't do well in the heat. You'll find that stalks harvested in late winter/early spring are more tender, while those harvested in spring/early summer are more flavorful.

This low-calorie, low-starch, high-fiber vegetable is a good source of magnesium, vitamins C and K, calcium, and manganese.

Can I grow rhubarb at home?

Yes, if you live in the cool northern states. Check with your local agriculture extension office to see if rhubarb will thrive where you're gardening.

Does it take up a lot of room in the garden?

With it's long, colorful stalks and broad, ruffled leaves, rhubarb is a showy plant and is often planted as an ornamental in the garden. Give it an open, sunny, well-drained spot in the garden with about 36 inches of personal space for each plant. You'll want to plant rhubarb roots instead of slow-to-grow seeds, and give plants plenty of water during the growing season.

When can I harvest rhubarb stalks?

Don't plan on harvesting stalks until at least the second year after the plant has gotten established, and then just harvest a few stalks; you can harvest more the third year. Rhubarb will die down to the ground in autumn and may seem to disappear over winter, but bright pink new growth will appear in early spring.

How do I harvest rhubarb stalks?

Either cut off the stalk at the very base of the plant, or pull it at the base with a twisting motion until it comes away. You can harvest a few stalks at a time and let the rest mature. The older the plant, the more stalks it will grow.

Does rhubarb produce a flower?

If you see a rhubarb stalk with a gnarly looking bud on the end, that's a flower stalk. Most gardeners remove the entire stalk right down to the base so the plant can expend energy on making more leaves rather than on the flower. The flower is edible but the stalk and leaves have a high concentration of oxalic acid and should not be eaten.

To cook the flower, remove the stalk and any leaves encasing the bud. Steam the bud like broccoli or use it in a stir-fry. Rhubarb flowers taste tart, like broccoli with a robust squeeze of lemon.

How to buy rhubarb

Different varieties of rhubarb will be deep crimson, rosy pink, or even pink-streaked green when fully ripe. If you're selecting rhubarb in the grocery store or farmers' market, choose stalks that are firm and blemish-free. Don't buy stalks that are limp, shriveled, or spotted brown.

How to store rhubarb

Wrap fresh rhubarb in plastic, put it in the refrigerator, and don't wash it until you're ready to use it. Rhubarb will keep for up to a week if you store it carefully.

How to freeze rhubarb

You can freeze rhubarb to use in recipes year-round. Prepare it by washing and cutting it into 1-inch pieces. Drop the pieces into boiling water for one minute, and then stop the cooking by "shocking" it. Scoop rhubarb out with a slotted spoon or sieve and plunge it immediately into ice water. Drain the cooled rhubarb pieces, spread them out on baking sheets and transfer them to the freezer. Once the rhubarb is frozen solid, you can store it in heavy-duty plastic bags for up to a year.

Get more tips for freezing fruits and vegetables.

How to cook rhubarb

Now comes the fun part. Although rhubarb is a vegetable, we usually treat it like a fruit by using it on its own or in combination with other fruit in pies, crisps, jams, muffins, and quick breads. Rhubarb stalks are stringy like celery, but they break down during cooking, so de-stringing is not necessary. Often too tart on its own, rhubarb pairs wonderfully with other fruits to create a complex sweet-tart flavor. Berries, apples, oranges, and peaches are all good flavor partners for rhubarb.

Rhubarb is highly acidic — in fact, some people swear the best way to clean a stained pot is to cook rhubarb in it. To avoid a chemical reaction, use a stainless steel, glass, enameled, or nonstick pan. Aluminum or uncoated iron pans will turn the mixture gray.

More: The rhubarb muffins you've got to try this spring.

Favorite ways to use rhubarb in recipes

This top-rated recipe is a great example of a simple way to turn tart rhubarb into a sweet and easy dessert. The video shows you how to put it all together.

Pie is one of the most popular ways to dish up cooked rhubarb. It's often combined with other fruit, such as strawberries. Discover dozens of tried-and-true rhubarb pie recipes.

Get the recipe for Rhubarb and Strawberry Pie

Cooking down rhubarb stalks into sweet tart jam is even easier than making pie.

Get the recipe for Rhubarb Strawberry Jam

You can make excellent rhubarb jam by stewing it on its own with sugar, or combining it with strawberries or other fruit. Try Rhubarb Jam, Rhubarb Strawberry Jam, Rhubarb Pineapple Jam, and Easy Apple Rhubarb Jam. 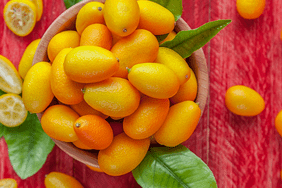 What the Heck Is a Kumquat — And What Does It Taste Like? 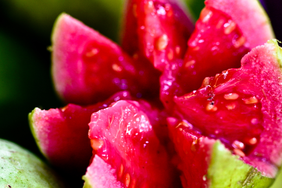 What Is a Guava — and How Do You Eat It? 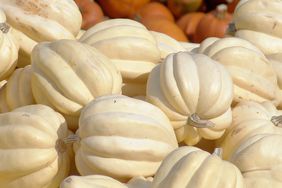 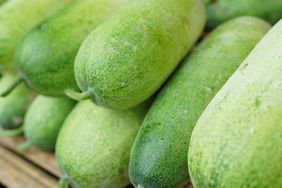 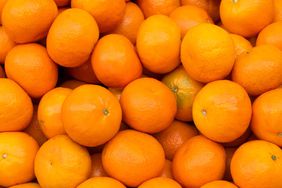 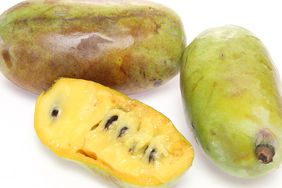 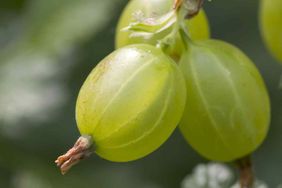 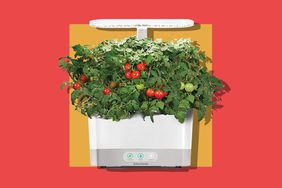 The Best Indoor Herb Growing Kits For Your Kitchen 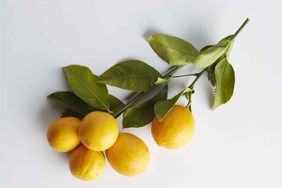 What Is a Meyer Lemon and How Is It Different From a Regular Lemon? 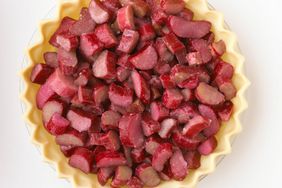 Can You Freeze Rhubarb? 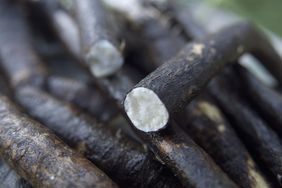 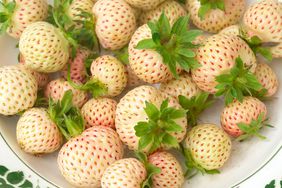