My New Favorite Sugar Cookie Recipe? It's 90 Years Old and Comes From My Great-Grandma

A surprise find in an old recipe box becomes a delicious blast from the past.

Jill Lightner is a writer and editor who has covered sustainability, regional recipes, and kitchen gardens for 20 years. She's the author of three cookbooks, a recipe and pairing columnist for CiderCraft Magazine, and has written for Allrecipes, The Seattle Times, Pacific NW Magazine, and more.

When I inherited my mom's recipe box, I mostly knew what I'd find: her pecan-heavy riff on fresh cranberry-oat cookies; three or four versions of monkey bread; the sukiyaki I'd request for dinner almost every week; lots of recipes for her beloved bulgur wheat. One of the biggest surprises was totally unfamiliar — to my knowledge, it had never been mentioned, let alone baked. The card was in my aunt's handwriting, labeled "Grandma Anderson's Sour Cream Cookies." A cookie connection to my great-grandmother, who died more than 30 years before I was born? I had to bake them.

This meant I had to fill in a lot of gaps. There was no measurement for flour. Flavorings were "whatever you like" rather than specific ideas like vanilla or almond extracts. It offered suggestions for dropping the dough or rolling and cutting it, but no baking temperatures or times. It felt more like the idea of a cookie, rather than an actual cookie, but it was a simple recipe, and I felt up to the challenge.

An internet search turned up a number of close variants, including one from Herbert Hoover's presidential library back in the 1930s: This one included brown sugar, which mine did not. Another lightly kneaded version was credited to home economics texts in the 1950s and early 1960s — very similar ingredients, but pretty different in their quantities. Something similar was also printed in a McCall's holiday issue in the 1970s, as a cut-out cookie for decorating. Countless other sources across many generations claim it as a family recipe, and they're equally divided between drop cookies and cut-outs.

These gave me the background I needed for testing: Flour ranged from 3 cups to 5; vanilla, lemon, and nutmeg were the most common flavors, with rare nods to almond extract and cinnamon; all were baked at either 375 degrees or 400 degrees F.

I went with the simple drop cookie version first, flavored with vanilla and sprinkled with a little vanilla sugar just before baking. The texture was wonderful — extremely tender and cakey — but overwhelmingly sweet to my palate. To make adjustments, I added salt (the original dough hadn't used any at all), ditched the sugary topping, and swapped in a heaping teaspoon of lemon zest for my teaspoon of vanilla. It's a winner — broadly appealing, freezes well, quick to make, and very simple. Great-grandma Margaret would, I think, recognize this cookie as hers, even if I did swap out her ½ cup of shortening for a mix of butter (for flavor) and shortening (for texture).

I next adapted it to a cut-out cookie, by upping the flour to 5 cups and chilling the dough overnight. It stays fairly soft, so I rolled it out between two sheets of parchment, and used a well-floured basic round cutter. With two leaveners in the recipe (baking soda and baking powder), the cookies still puff up a bit and stay on the soft and tender side of sugar cookies, reminding me of the pink-frosted Lofthouse cookies sold in many grocery stores. They'd stand up nicely to a thick layer of your favorite frosting and seasonal sprinkles, but I opted to brush on a simple lemon glaze while they were still hot: ½ cup confectioners' sugar and 1 tablespoon lemon juice packs a tangy punch and sets up dry, not sticky, as the cookies cool. I will definitely be using this version to pair with my garden's raspberries in future summers.

Finally, I went back to a thought I'd had with my first bite of the drop cookie: These tender little cake-cookies could live their best life if I gilded the lily and turned them into lemon whoopie pies. Would great-grandma have approved? I hope so, because it's my favorite way of eating her old-fashioned cookies. I made a buttercream with one stick of butter at room temperature, 1 ½ cups confectioners' sugar, a generous pinch of salt, 1 tablespoon milk (heavy cream works, too) and ¼ cup homemade lemon curd (I almost always have some stashed in my freezer). This batch of buttercream is just right for filling twelve whoopie pie sandwiches; they'll keep in the fridge overnight, but are best served at room temperature.

My great-grandmother's sugar cookies couldn't be more different than the sugar cookies I grew up with — which were that bland, slightly tough, indestructible dough that harried parents whip up for the kids to plaster with every shade of sprinkles in the pantry. When it comes to flavor, but particularly texture, the drop cookies I made from her recipe are so much better to eat they almost don't both deserve the name "sugar cookie." I would never bother trying to figure out which exact recipe I grew up with (it's not good enough to bother bringing back), but these infinitely better-tasting ones will be going into my regular rotation.

The final step? Write up my three variations — with all the measurements and cooking temperatures, thankyouverymuch great-gran — on some of my mom's spare index cards, and tuck those cards back in her recipe box clipped to the original. You're welcome, future generations.

Here's the recipe for my Great Grandma's Sour Cream Drop Cookies — with all the ingredient and baking instruction gaps filled in — so you can try making them in your own kitchen. 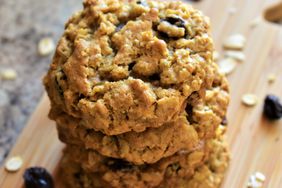 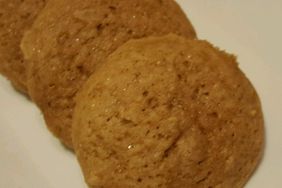 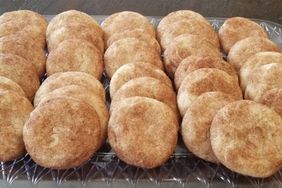 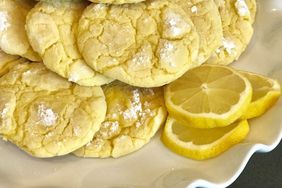 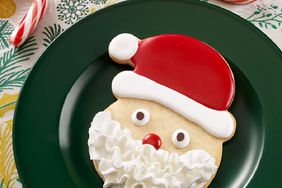 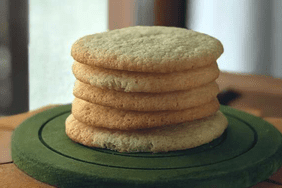 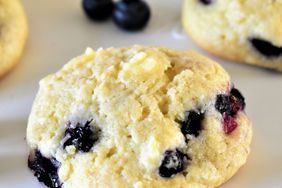 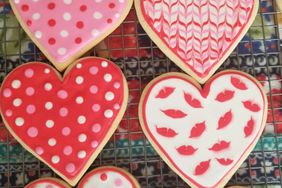 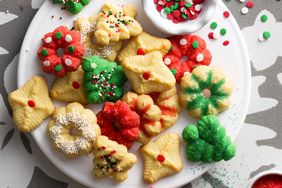 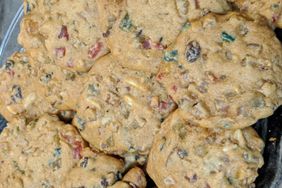 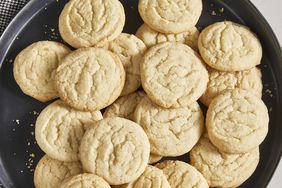 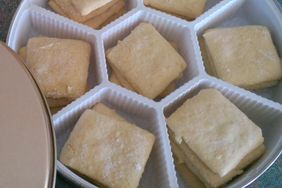 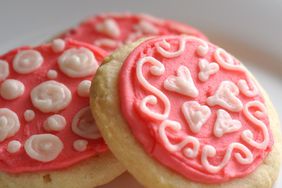 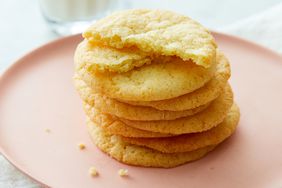 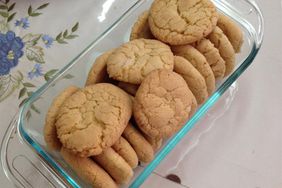 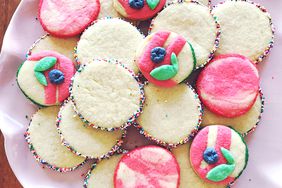