9 Delicious Ways to Give Thanksgiving Leftovers a Global Spin

Take those Thanksgiving leftovers on a trip around the world with these clever creations bursting with global flavors.

Thanksgiving is the most traditional meal of the year, a menu from which cooks rarely stray. But all bets are off the day after, when using up Thanksgiving leftovers can take you in so many different directions. Let's hear it for next level next-day creations with a global spin. We're talking turkey that's comfortable South of the Border and cranberries that become dipping sauce for colorful spring rolls.

Have a blast exploring these flavor-packed turkey dishes, so good you might want to serve them year-round. We've also included some suggested beverage pairings to make those leftovers party worthy.

Stuff wrappers with chopped turkey and cranberries and fry until crispy. It just doesn't get easier to transform the bird into something completely new. Think of these crunchy bites as itty bitty hand pies that you'll want to dip into all that extra cranberry sauce.

Sipping suggestion: Honey Milk Tea is a refreshing, non-boozy beverage from Hong Kong that's been described as Bubble Tea without the tapioca balls.

Toasting fragrant spices like cardamom and star anise gives this Vietnamese noodle soup a bright intensity that's neatly balanced by the slurp-able rice noodles. Those spices are simmered with a turkey carcass for a warming dish that your friends are going ask for throughout the year.

Thai food has a reputation for being ultra-spicy, but this creamy creation defies expectation by coming on all tangy. That's from a combination of lemongrass, kaffir lime leaves, and fresh ginger. Yes, you can add more chili oil if you want to turn up the heat.

Sipping suggestion: Stay cool with an icy pilsner from Germany, the "light" beer that goes with all sorts of flavor-forward Thai dishes.

This one's like a super-size version of the won ton, going a step further by including stir-fried cabbage. That naturally sweet cruciferous veggie brings out the succulent savory of the turkey. You'll be eating the dipping sauce by the spoonful.

Sipping suggestion: An off-dry Riesling from Washington state brings a whole lot of fab fruit to this appetizer party, while not coming off as too sweet. Thanks goes to those cool nights during the growing season that bump up the acidity.

This popular rice porridge is eaten all across China, but it's still mostly under-the-radar in the U.S., because the most authentic version is fairly bland. The beauty of this preparation is that turkey bringing heaps of savory goodness to the bowl.

Sipping suggestion: Green tea works if you're serving congee for breakfast or brunch, while the rum-based Dark 'n' Stormy complements the ginger-y notes in the dish if it's the dinner hour.

Turkey loves bathing in the dark pepper sauce beloved in Mexico, the hint of cocoa bringing out the best of the bird and smothering its tendency to turn dry. Pass extra cojita cheese for a salty finish.

Sipping suggestion: A Beer Margarita is not only a party waiting to happen, it's got the right amount of tart to smooth out the in-your-face spicy deliciousness of the mole.

The flour tortilla version of a post-Turkey Day sandwich works because it compacts the flavors in a tight space, adds gooey cheese and turns the whole thing toasty crisp. Want to keep the Thanksgiving theme rolling? Salsa-fy your cranberries with a couple shakes of hot pepper sauce.

Sipping suggestion: A Michelada is so much more than an ordinary red beer, bringing so much good cheer by including lime juice, chili pepper flakes and Mexican lager to the mix.

You're already wearing Fat Pants after the Big Feast. Might as well indulge in this creamy, cheesy pasta dish that's too fancy to be called a casserole. But, hey, it's not all about the calories. There's chopped parsley on top, right? And green is good for you.

Sipping suggestion: Italian Pinot Grigio is the kind of crisp, well-balanced white that might convince beer lovers to grab a wine glass instead.

These scoop nachos offer a tantalizing way to use up leftover turkey and craqnberry sauce. Betty Soup says, "These nachos give you the perfect mix of Tex-Mex and Thanksgiving flavors in every bite."

Check out our collection of Thanksgiving Leftover Recipes. 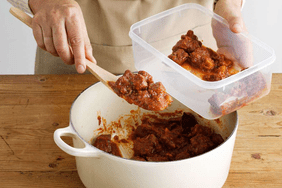 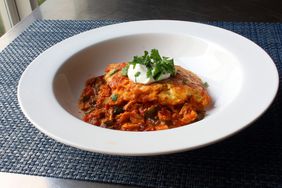 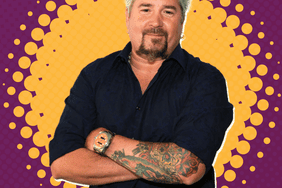 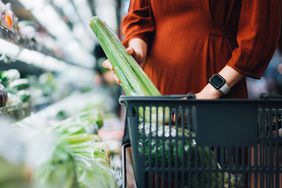 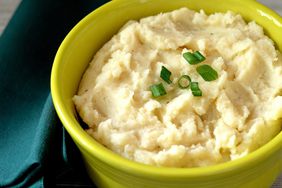 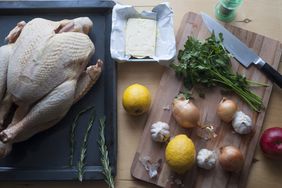 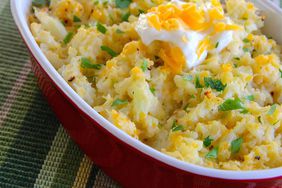 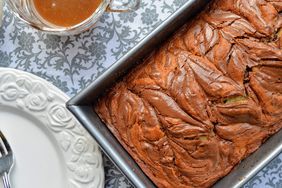 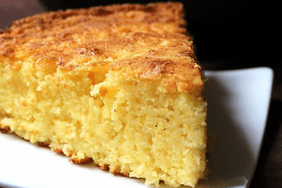 20 Delicious Ways to Use Bacon Grease 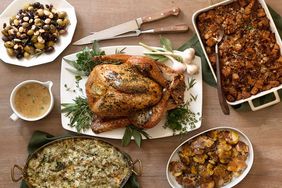 Which Type of Turkey Is Best for Your Holiday Table? 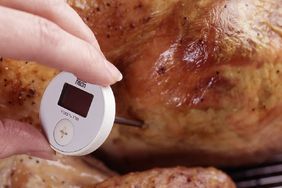 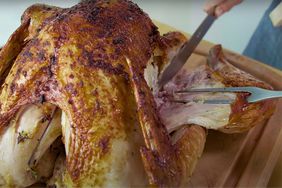 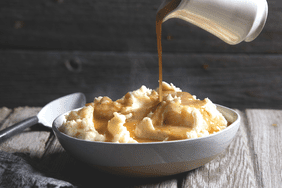 4 Exceptional Ways to Use Leftover Gravy 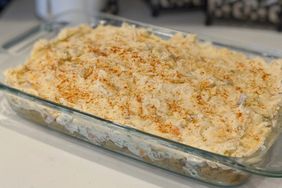 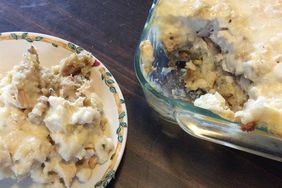 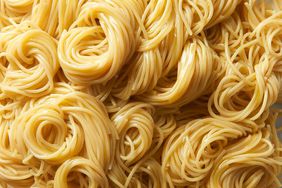