For centuries, India enticed spice-hungry traders. As foreigners took away spices, they also contributed to India's cuisine. The Chinese brought rice and the wok; the Portuguese introduced vinegar, tomatoes, potatoes, and chilies. Persian, Mongolian and Indonesian influences were also significant. Here are key ingredients to stock in your pantry for delicious DIY Indian recipes.

A Peek Inside the Indian Pantry

Cardamom: An important spice in garam masala, cardamom has a grapefruit-like, floral, soapy flavor containing some green/woody notes. It has a menthol undertone and is similar to ginger. It is used as whole pods, as seeds, and ground. Try it in Easy Vegetarian Kofta Curry.

Cinnamon: Cinnamon is characteristically woody, musty and earthy in flavor and aroma and is warming to taste. The finer the grind, the more quickly the cinnamon is perceived by the taste buds. Whole cinnamon sticks are often infused in sauces and rice. Unlike in the West, where cinnamon is associated with sweet baked goods, in India it is a savory spice that is also used in meat dishes. Try it in Curry Stand Chicken Tikka Masala Sauce.

Cilantro/Coriander: The flavor and aroma of cilantro (fresh coriander) is generally described as being waxy, citrus, and soapy. The flavor of the leaf is distinctive, and quite different from that of the coriander seed. Cilantro is used as a garnish, in seasoning blends, and in sauces such as masala and curry. Ground coriander is an important ingredient in curry powders and garam masala. Its flavor is described as being minty, sweet and citrus-like.

Cloves: The flavor of cloves is strong, pungent, sweet--almost hot. They are one of the most penetrating of all spices and their bitter, astringent flavor leaves a numbing sensation in the mouth. Cloves are an important ingredient in the spice blends of Sri Lanka and North India. They are used in garam masala, biryanis, and pickles.

Cumin: An important ingredient in garam masala and curry powder, cumin is characterized by a strong musty, earthy flavor which also contains some green/grassy notes. Both whole seeds and ground cumin are used in cooking. Try it in Indian Butter Chicken (Chicken Makhani).

Fenugreek: Rich and round with a slight bite, this aromatic plant is known for its pleasantly bitter, slightly sweet seeds. Fenugreek seeds, which come whole and ground, are used to flavor many foods, including curry powders, spice blends and teas. Fenugreek seeds should be stored in a cool, dark place for no more than 6 months. Try it in Dal Makhani (Indian Lentils).

Garam masala: Garam is the Hindi word for "warm" or "hot," and this blend of dry-roasted ground spices from the colder climes of northern India adds a sense of warmth to both palate and spirit. There are as many variations of garam masala (which may contain up to 12 spices) as there are Indian cooks. It can include black pepper, cinnamon, cloves, coriander, cumin, cardamom, dried chiles, fennel, ginger, mace and nutmeg. Garam masala is usually either added to a curries, vegetable dishes, soups, or stews toward the end of cooking or sprinkled over the surface just before serving. Check out 10 Amazing Indian Recipes to Make with Garam Masala.

Mint: Often paired with lamb dishes and served in raitas and chutneys, this cooling herb has a pleasantly fresh, aromatic, sweet flavor. Try it in Indian Style Sheekh Kabab.

Turmeric: This ground dried root has a characteristic musky, earthy aroma and a pungent, slightly bitter flavor. Turmeric is a powerful yellow-orange coloring agent, used as a dye for fabrics and foods such as pickles, relish, and chutneys, plus rice, lentil, and vegetable dishes. Turmeric is thought to aid the digestion and to work as an anti-inflammatory agent. Try it in Super Easy Oven-Roasted Okra.

Additional spices: Indian food is so rich with spices that what we have above is only a partial list. For a well-stocked pantry, you might consider stocking up on peppercorns (the source of "heat" in spicy foods before the introduction of chiles), fennel seeds, poppy seeds, bay leaves, black mustard seeds, nigella seeds (kalonji--sometimes called black onion seed), saffron, and asafoetida.

Chiles: Indigenous to America, chiles were introduced into India by the Portuguese. They are essential ingredients in making vindaloo curries (itself a perversion of a Portuguese word vindalho, which combines the words "vinho," for vinegar, and "aldos," for garlic.) Indian cuisine makes use of both fresh chiles (whole, minced, or made into a paste) and dried chiles. If a recipe calls for chile powder, use ground cayenne pepper — do not use a spice blend. Try cayenne in Jonagold's Chicken Vindaloo.

Coconuts: The milk and oil from coconuts are important particularly in Southern Indian cooking where it is popular in curries. Grated coconut is often used in desserts or added to sauces. Try coconut milk in Mango Coconut Sauce.

Tomatoes: As with chiles, tomatoes were brought to India by the seafaring Portuguese. They are an important component in curries, vegetable dishes, and chutneys. Try crushed whole tomatoes in Indian Tomato Chicken.

Garlic: Garlic, ginger, and green chiles are an important flavor trilogy in Indian cuisine, sautéed in oil or ghee as a first step in many recipes. Try garlic (along with ginger and green chiles) in Spicy Indian Chicken with Green Masala.

Ginger: The edible part of the "ginger root" is actually part of the underground portion of the plant's stem, not the root. Often used in paste form, ginger adds strong fragrance, flavor, and bite to curries and other dishes. Try minced fresh ginger in Potatoes with Fresh Ginger and Chilies.

Mangos: One of India's most important fruits, mangoes come in dozens of varieties. They're eaten fresh and used in drinks, chutneys, and pickles. Try sliced mango in Indian Hot Curried Mangos with Tofu.

Fresh Vegetables: Indian cooks have created one of the world's most vegetable-friendly cuisines. If you're interested in eating more vegetarian foods, Indian cuisine is a great place to start. Among the most popular vegetables are potatoes, spinach, cauliflower, onions, peas, and eggplant. Check out our collection of Vegetarian Indian Main Dishes.

Basmati rice: The name means "queen of fragrance." This long-grained, fine-textured rice has been grown in the foothills of the Himalayas for centuries. The rice is used in biryanis and other special-occasion rice dishes. Try this recipe for Indian Style Basmati Rice.

Lentils: Because many Indian religious practices limit or forbid the eating of meat, Indian cuisine abounds with lentil dishes (a fine source of protein), including stuffed samosas, soups, stews, and breads. Lentils are "pulses," and they come in many eye-catching colors. Hulled red lentils are common; they are smaller and faster-cooking than brown lentils — for best flavor, do not substitute brown lentils.

Flour: Breads can be eaten in place of rice in many parts of India: grilled breads such as naan, griddled breads such as chapati and roti, and the crepe-like dosa. Fried breads such as samosas, pappadam, and paratha are served as appetizers and snacks and as desserts. Check out our collection of Indian Breads.

A few for the fridge

Dairy products are relatively rare in Indian cuisine, due to their short shelf-life in the warm climate and a historical lack of refrigeration. By processing dairy foods (culturing yogurt, clarifying butter, cooking milk to make sweets), Indian cooks made them more available.

Yogurt: Yogurt is often spiced and served as a condiment (raitas), used in place of coconut milk in curries, or prepared as a sweet or salty beverage (lassi).

Paneer: Indian cuisine is not big on cheese. But paneer is a notable exception. A non-melting fresh cheese, paneer is similar to queso blanco (a good substitute) or fresh mozzarella. Paneer is a vegetarian cheese, meaning that there is no rennet added. Make your own Homemade Paneer and try it in Palak Paneer Curry.

Ghee: A type of clarified butter that is particularly popular in Northern Indian cuisine, ghee has a brown color and rich, nutty flavor. Butter is simmered until all the moisture separates from the fat and the milk solids sink to the bottom of the pan, so they can be skimmed off. Ghee has benefits over whole butter in that it has a significantly higher smoke point and a longer shelf life. See Clarifying Butter for step-by-step instructions.

Check out our complete collection of Indian Recipes.


Was this page helpful?
Thanks for your feedback!
Tell us why!
You’ll Also Love
Saved!
View All Saved Items 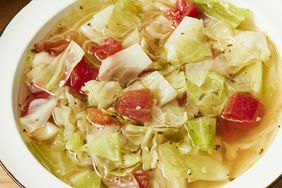 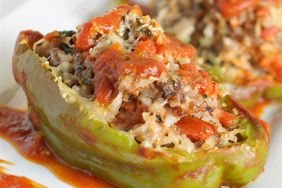 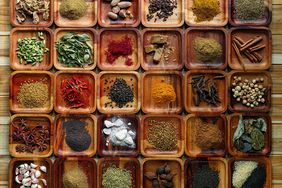 How to Stock Your Spice Cabinet for Indian Cooking 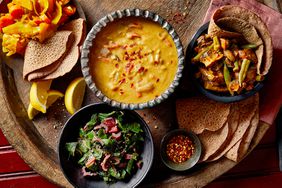 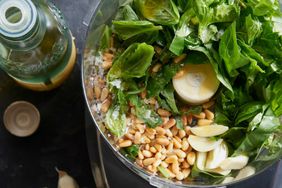 25 Essential Ingredients in the Italian Pantry 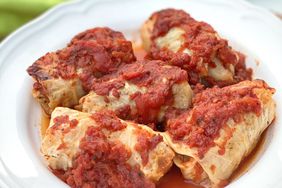 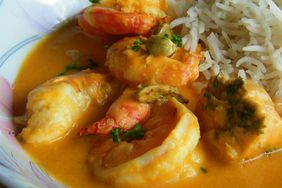 17 Dishes to Serve With Chapati 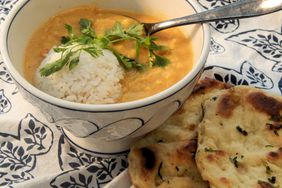 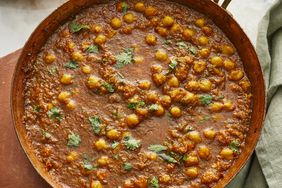 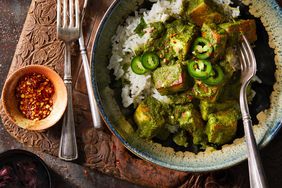 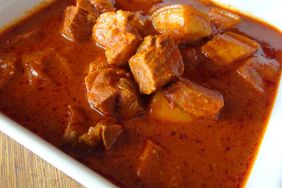 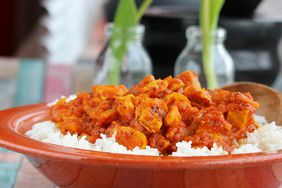 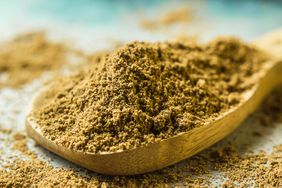 What is Garam Masala? 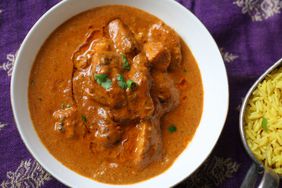 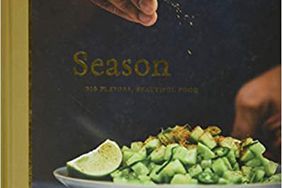 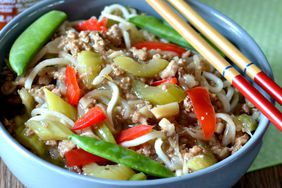